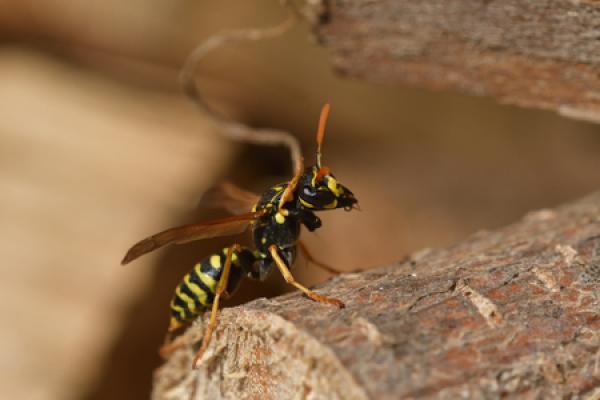 When you think of flying, stinging summer pests, yellow jackets may not be the first thing that comes to mind. But they can be as aggressive, annoying and destructive as just about any type of insect. If you’ve noticed any yellow jackets buzzing around your home or yard, looking to build a nest, it’s wise to call an exterminator right away. Here are some reasons why:

They Can Sting Multiple Times

It’s commonly known that many types of bees die immediately after stinging someone as they lose their stinger. But that is not the case with yellow jackets. They will sting you over and over if they feel threatened. Enough stings can lead to anaphylactic shock in some people, which can cause death.

They Are Easily Provoked

Yellow jackets tend to hide their nests away from potential predators so you may not even know where they are. But they’ll know when you get close. Even the tiniest vibration will set them off. This can be something as simple as your lawnmower getting too close to a nest.

They Can Nest in Strange Places

Yellow jackets will build their nests in places you do not expect, using plant fibers. Some will hide high up in trees, but others stick closer to the ground. They will nest in decaying wooden features, eventually leaving a rotting nest to cause further decomposition. They often find their way into sheds and similar structure. They’ve been known to target furniture and stacks of objects that aren’t often disturbed by humans. They like to be close to the ground, so porches and bushes are also popular nesting spots. They can even create a best underground.

Yellow jackets are dangerous, aggressive and difficult to deal with. For these reasons, it’s vitally important that you call a professional exterminator to properly deal with them. If you’ve spotted a yellow jacket on your property, call Amherst Exterminators today at 716-908-2475.