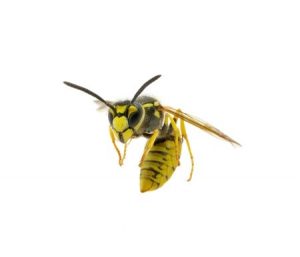 An adult hornet can grow up to ¾ of an inch long. We identify them by their black and white color. They are common throughout the United States and usually build their nests in trees or other high structures.

Hornets create comb shaped layers that they stack in order to create their nests. The queen builds the nest herself and then proceeds to lay one egg per cell. After a month, the first set of eggs is ready to hatch. The first generation of hornets become the workers for the entire colony. A colony with 3000 hornets can have as many as 400 workers at a time.

Every spring, queen hornets begin searching for a location to build their nest. The high location of the nest allows for protection against predators. After the nest is built and used, the hornets never use it again.

If you see a hornet’s nest, do not attempt to go near it. Hornets have stingers that they will use to protect their nest from any type of perceived threat.  Instead, contact Amherst Exterminators.