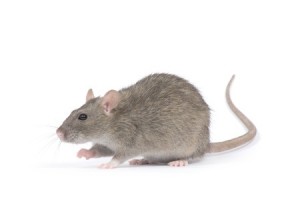 Rats were not found within the United States until the late 1700’s. Although they originate in Asia, rats are now one of the most common pests found throughout the world. Specifically, a Norway or brown rat has brown fur and is generally between 1-1 ½ feet long.

With a lifespan of two years and females capable of producing six litters a year, Norway rats can multiply quickly. They can enter buildings through gaps and holes smaller than an inch. Although they can’t see very well, their sense of smell, hearing, and taste is greatly enhanced.

Although they have a few favorites, Norway rats are known to eat just about anything. You can typically find them eating meats, grain, and other similar food. They like to stay close to their nest while seeking out food, but are often willing to travel up to 300 feet from their home.

If you have a rat problem, contact us today. Amherst Exterminators specializes in rat control and removal in the Western New York area and will provide you with a free estimate!