While waiting for your exterminator, here are some interesting facts about these invasive  little creatures: 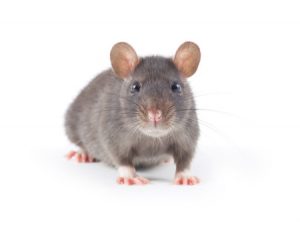 The average rat litter is between seven and 12 offspring, but litters can range all the way up to 20. Rats can give birth up to 5 times per year, and their mating rituals with only take a few seconds!

Each year rats are responsible for billions of dollars in global damages. Rat teeth are ranked 5.5 on Mohs Scale of Hardness this scale, which means their teeth are harder than copper and iron. They can easily gnaw their way through electrical wires, as well as wood and cinder block. Rats also can ruin supplies of food, and are known to bite people, especially babies. If you have

The term “rat pack” stems from the fact that rats, like humans, are profoundly social creatures. They need the company of at least one other rat to thrive. For this reason, if you find one rat in your home, there are likely several more lurking around.

Rats can survive in many different regions of the world. A rat can go without water for a longer period than a camel and can swim at least a half a mile. Many scientists believe they will outlast human beings on Earth and could be one of the few species to survive a mass extinction.

According to the Centers for Disease Control and Prevention (CDC), rats and mice can spread over 35 diseases.

If you’re struggling with a pest infestation of any sort, and live in the Amherst or greater Western New York area, visit Amherst Exterminators today, and contact us to set up an appointment.