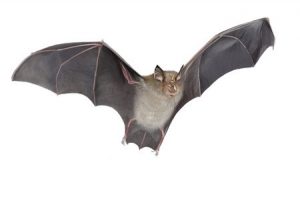 Ask most people if they like “Batman,” and they’ll say, “Sure!” But ask them if they like actual bats, and they’re likely to reply, “No way!”

While bats serve a useful function, gobbling up some 600 mosquitoes per hour, they’re not the kind of pest you want in your bedroom at night, right?

Bats need less than an inch wide space to enter or leave a building. While they don’t chew on buildings, there are several things about bats that make them unwelcome around humans.

Bats can carry rabies. If you have a baby in a room and a bat is in there, you KNOW you’re going to do everything you can to make sure your baby doesn’t get bit by one. In addition to rabies, bats can spread a disease that affects people’s lungs. They can also introduce “bat mites” to your home. They’re kind of like bed bugs, and they want to feed off human skin. Yuck.

Bats can cause structural damage– not by chewing, but by their excrement. Disgusting? Yes. Their waste can drip through ceilings, ruin insulation, soak through particle board, and even cause a structure to collapse. A bat infestation could cause your property to be so devalued that no one wants to live there.

Bats are fine in the woods and in the zoo, but not in your Western New York house or office!